...
Catalog
Art and Literature
Arts
A General Theory of the History of Art 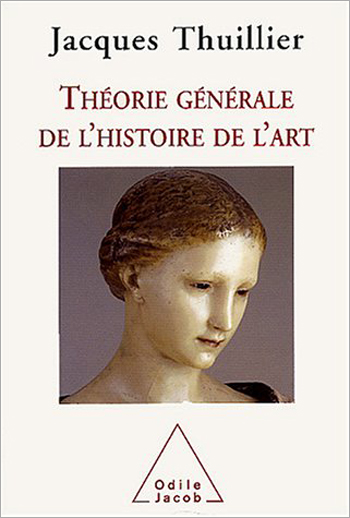 A General Theory of the History of Art

local_libraryTake a look inside
"Art history must face the awkward, but indisputable, fact that it is chiefly responsible for its subject," wrote André Chastel. This is not simply a matter of moral responsibility; what is at issue is the very existence of the work of art, which is doomed to disappear from the day it is first created. How many works of art would have come down to us if it hadnt been for archaeological digs and museums?
"The art historians responsibility regarding his subject of study is an immense privilege. It endows his comments with power that may be of crucial importance. Between 1950 and 1980 many masterpieces were destroyed because it was widely believed that no sculpture of any value had been produced in France between the time of the construction of the cathedral of Reims and Rodin". Likewise, the contempt in which historians of architecture held buildings constructed between 1840 and 1920 resulted in the demolition or disfiguring of whole neighbourhoods.
"Yet the exercise of this responsibility can also be viewed as a positive force. Such was the case of Thoré-Burger rediscovering Vermeer, or of Chamfleury paying homage to the Le Nain brothers or of Anne Pingeot and her collaborators at the Musée dOrsay joyfully rehabilitating masterpieces of nineteenth-century sculpture.
"In order for all this to happen, art historians must be familiar with what they choose to support. Unfortunately, it would seem that art historians today are not very sure of themselves.
"All considerations on the subject of the history of art should begin with the following question: What is art?" writes Jacques Thuillier.


Jacques Thuillier is an art historian and teaches at the Collège de France. He is the author of numerous works, most notably on Fragonard, Poussin, Georges de La Tour and Claude Gellée.