...
Catalog
Art and Literature
Arts
A Life of Creativity 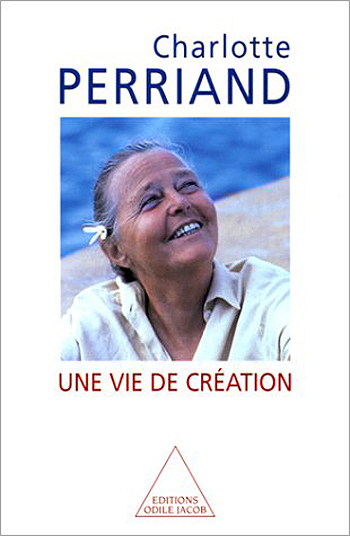 A Life of Creativity

local_libraryTake a look inside
Charlotte Perriand holds a central position in the history of architecture and the decorative arts. Known for her work with Jean Prouvé, Fernand Léger, and Pierre Jeanneret, she is above all famous for her close collaboration with Le Corbusier, in whose studio she worked from 1927 to 1937. She is one of the creators who have left their mark on the twentieth century. Born in Paris in 1903, Charlotte Perriand grew up in the country. All her life she has fluctuated between the city, that symbol of modernity, and nature (particularly the mountains), which remains a favoured retreat and regular source of strength. These comings and goings between urban centres and nature have greatly enriched Perriands reflections on how human beings relate to their environment and to their habitat. Beautiful, athletic, passionate, and extremely hard-working, Perriand has lived her life to the full. Her insatiable curiosity has taken her far afield, to cultures as diverse as Japan, Southeast Asia, and Brazilall of which have influenced her work from the revolutionary early Bar sous le toit (Bar Under the Rooftops), 1927, to the Japanese-style Espace Thé (Tea Area), 1993, created for Unesco, and including ski-resort accommodation (most notably Les Arcs in Alps) as well as numerous pieces of now-classic furniture, such as the famous variable-geometry chaise longue, created in 1928 in collaboration with Le Corbusier and Pierre Jeanneret, which is regarded even today as a prototype of modernity. Une Vie de Création will be of special appeal to readers who are interested in architecture, design, and the decorative arts, and who are already familiar with Charlotte Perriands work. But it also targets general readers who should be interested in the life of this extraordinary woman who has never failed to reconcile great professional rigour with a boundless love of life, nature, and freedom, while maintaining on all occasions a fierce desire to preserve her own independence.