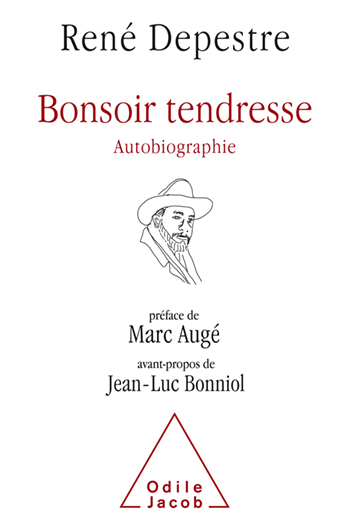 René Depestre is a poet, novelist, essayist, and an important figure in the négritude movement and in the struggle against colonialism.
René Depestre, one of the most eminent figures in négritude thought and in the Castro Revolution, looks back here on his life, his commitments, notably alongside Castro and Che, his struggle against colonialism, his encounters with Pablo Neruda, Jorge Amado, Georges Pérec, André Breton, his connections with Aimé Césaire and Frantz Fanon, and his disillusionment.

Defining himself as the “wandering Haitian,” going from hope to disillusion, from utopia to awareness, he travels the world, the Soviet Union, China, Brazil, Argentina, Chili, and above all Cuba. Breaking with the Castro regime in 1978, he worked at the UNESCO secretariat. In 1988, he won the Renaudot Prize for Hadriana dans tous mes rêves.

He sees in the so-called “black soul” a fiction, a phantom, a false “carnival” identity, a trap of colonialism, more imposed than truly felt. He himself says he is a man of many roots. And it is “all the chaos of a life” that he relates in this book, in a style close to that of story-telling, poetic and without concessions.