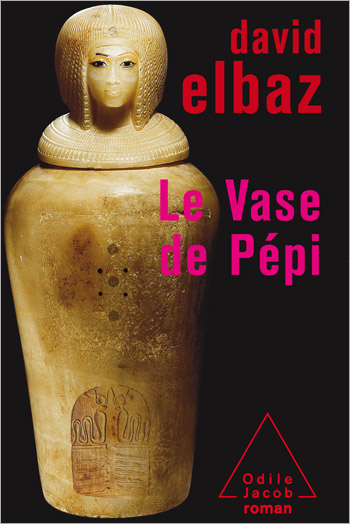 local_libraryTake a look inside
In a dream, Michel Saramo, an anthropologist specialising in shamanism, sees a hill in the middle of a desert and the name of the goddess Meretseger appears to him. Some time later, he makes a startling discovery in Egypts Valley of the Kings: deep inside a perfectly intact tomb, in place of a mummy, he finds a vase with inscriptions recounting the adventures of Pepi, one of the craftsman who worked on Ramses IIs Tomb.
While Pepi was praying to the goddess Meretseger to grant him a son, a meteorite fell to earth and he found the formula for a potion that would transport him to another world  a world inside his own body. Accompanied by 26 (the Iron atom, in the Periodic Table), he then met Bama, a magnetic bacteria and follower of the sect of the Great Guide.
To get to the bottom of Pepis mysterious adventures, Michel Saramo will have to delve deep inside himself using shamanistic methods.
This is a fascinating story, which takes us from the infinitely vast to the infinitely small, from the here-and-now to the origins of the universe, and from the world we live in to Ancient Egypt, as we follow the narrator in his search for Pepi through the world of particle physics.
Egyptian mysteries were popularised in the nineteenth-century by the French writer Théophile Gautier in his novel Le Roman de la Momie. Readers all over the world have been entertained by Edwin A. Abbotts Flatland, a social satire about a rebel in a land of flat geometric figures, since it was first published in the 1880s, and Carlos Castanedas tales of initiation have been immensely popular since the 1970s. Writing in the tradition of Gautier, Abbott and Castaneda, David Elbaz invents a fascinating new mythology blending particle physics with the world of the Ancient Egyptian gods and goddesses. He proves himself to be the worthy heir of his famous predecessors.

David Elbaz, an astrophysicist, heads a laboratory of the French Atomic Energy Commission (CEA). He is the recipient of a Chretien International Research Grant in astronomy, for his work on the formation of galaxies. He teaches astrophysics at the Ecole Doctoral dAstronomie et Astrophysique, in Paris, and is the co-author of L'Astronome et l'Indien, a film produced by the Franco-German television company Arte.