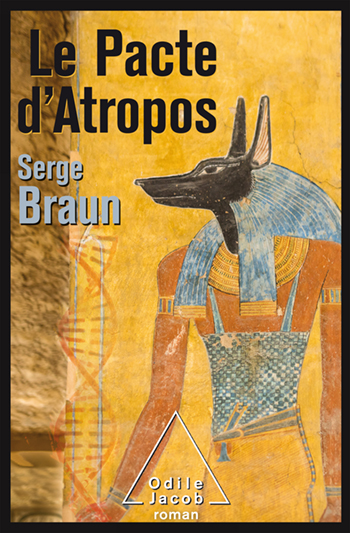 The Pact of Atropos

Serge Braun is Scientific Director of AFM-Telethon, and a member of the French National Academy of Pharmacy. Following his Le Syndrome de Babel, he is pursuing his goal of placing the foundations of biology within the grasp of a general audience.

What is the connection between Napoleon’s campaign in Egypt, the quest for immortality, and the serial murders of a strange ageless criminal? Commissioner Jordan asks himself this question for a long time before he comes to a surprising conclusion. At once a detective novel, a historical tale, and a scientific reflection on the debate over the most recent topics, Le Pacte d’Atropos mixes genres in order to clarify the greatest mystery of all, that of life and death, notions that are inseparable from a biological point of view, and to return to the roots of our inextinguishable desire for immortality.