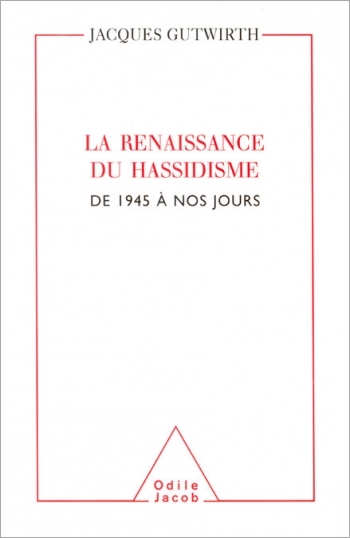 The Rebirth of Hasidism, from1945 to the present

In 1945, there were 20,000 Hasidim in the world. Today, there are between 350,000 and 400,000, about half of whom live in Israel. This population explosion cannot be explained simply by demographic reasons. In France alone, it is estimated that there are 10,000 to 15,000 Lubavitch Hasidim, a small but particularly active community. Jacques Gutwirth paints a vivid picture of the major centres of Hasidism - Antwerp, New York, Jerusalem, Bne Brak and Paris. He describes the main aspects of Hasidism today, its spiritual and intellectual contributions, its recent history and the influence it has. Hasidism cannot be reduced simply to a religious conception, a way of expressing one's religion, or a particular lifestyle. Its rapid development is linked to current politics and global economics, to which in turn it also contributes. In this rigorous, balanced study of one of Judaism's most dynamic communities, the author provides solid information to further the discussion on the rise of religious fundamentalism. Jacques Gutwirth is an anthropologist and an honorary research fellow at the Centre National de la Recherche Scientifique (CNRS). A pioneer in the field of urban anthropology, he has taught at the University of Provence, in Aix, and at the University René Descartes, in Paris, as well as in Germany and the United States. He is the founder of the laboratory of anthropology at the CNRS. His first book, Vie Juive Traditionnelle, about a Hasidic community in Antwerp, is regarded as a classic. He is also the author of Les Judéo-Chrétiens Aujourd'hui and L'Eglise Electronique: La Saga des Télévangélistes