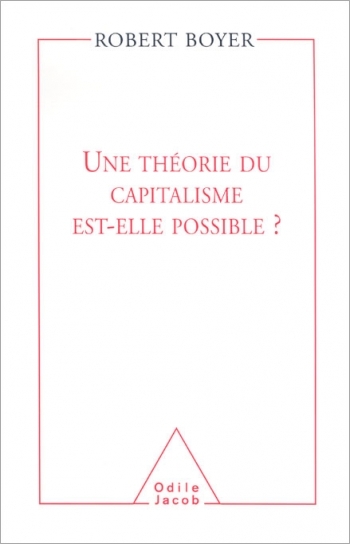 General Theory of Capitalism is it possible?

Robert Boyer is a leading figure of the regulationist school of economics, which believes that capitalism requires external, political, monetary and social regulations, and that the capitalist economy cannot be reduced to the self-regulating laws of the market. In this book, he proposes a general theory of capitalism, from two angles. First of all, he argues that there are several models of capitalism - not just one. America's ultra-liberal capitalism is unlike German capitalism, which is characterised by the fusion between banks and businesses, just as it is unlike French state-interventionist capitalism and Japan's capitalism of consensus. Secondly, in order to understand how capitalism works, every aspect has to be considered - not just the market but also political and social institutions (the State, central banks, unions, etc.) and the conventions they create among themselves (salary agreements, etc.). Robert Boyer is a research fellow at the Centre National de la Recherche Scientifique, a director of studies at the Ecole des Haute Etudes en Sciences Sociales and a member of the French prime minister's Council for Economic Analysis.