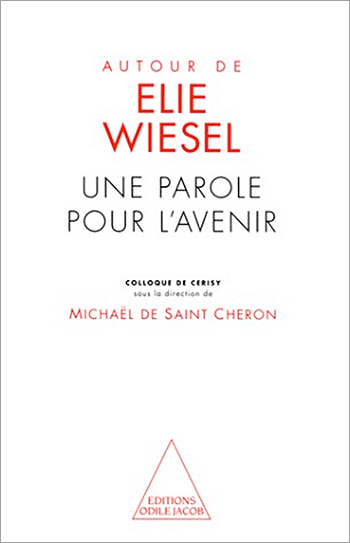 About Elie Wiesel Teachings for the Future

local_libraryTake a look inside
Following the fiftieth anniversary of the liberation of the concentration camps and the publication of the second part of Elie Wiesel's Mémoires, we can ask ourselves about the exceptional role that this writer plays in the conscience of his period. What makes Elie Wiesel a universal man, the bearer of a universal message ? The answers to these questions are contained in this work. The first writer to have received the Nobel Peace Award, Elie Wiesel has always been committed to peace in a highly personal way : and if he is obsessed by his past - a "past which never passes" -, he is in no way a man of memory. The integrality of his writing delivers a message for tomorrow. His works and his actions express a constant worry about the future in light of the events of this century. Around Elie Wiesel men and women of all disciplines and religions came together. Their contributions centered around three principle axes : the works of Elie Wiesel in terms of linguistics (Yiddish roots, syntax and phonetics) and in terms of theology (how to converse with God ?). Secondly, it indcludes a harmonic extension of his work towards other fields of thought : the medical vocation of man, the relationship between science and ethics, the implications of absolute determinism ... A third area of discussion was devoted to the dialogue between Jews and Christians. Born from these discussions is a common desire to give meaning to our times because, as Malraux often said, "what good is it to get to the moon if it's just to commit suicide ?". With the collaboration of Henri Atlan, Monsignor Gérard Dufoix, Rachel Ertel, Marc Faessler, Marie-Odile Grinevald, François Gros, Jean Halpérin, Claude Jasmin, Ariane Kalka, Bernard Kanovitch, Nathalie Kissel, Jack Kolbert, Jacques Le Goff, Ion Mihaïleanu, Daniel Morgaine, Pierre Revah, Georges-Elia Sarfati, René-Samuel Sirat, Charlotte Ward.