...
Catalog
Documents
Biographies, Memoirs
A Philosopher in the Resistance 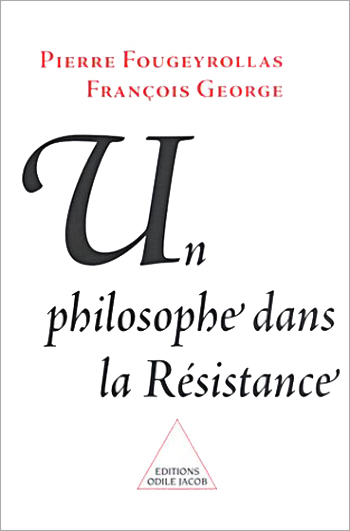 A Philosopher in the Resistance

local_libraryTake a look inside
Pierre Fougeyrollas has been a resistant all his life. During World War II, while he was still practically a child, he joined the Communist Party. After the war, his untiring opposition to Stalinist exactions finally led to his exclusion from the Party. His position in favour of négritude inspired Senegalese students in their struggle. Following the events of May 1968 in France, he joined one of the most radical left-wing movements.
Fougeyrollas has always been a resistant on his own terms: by rejecting all self-satisfied and condescending forms of authority  whether institutional or individual  and by opposing them with the philosophers most powerful weapon, irony. It is impossible not to chuckle on reading about some of his feats.
This book provides a precious first-hand account of a generation of middle-class French intellectuals who deserted their class out of hatred of its values.

Pierre Fougeyrollas, a philosopher and honorary professor at the University of Paris-VII, has published many works, most notably Contradiction et totalité, La Révolution freudienne and Les Métamorphoses de la crise.
François George is a philosopher and the author of LEffet yau de poële.