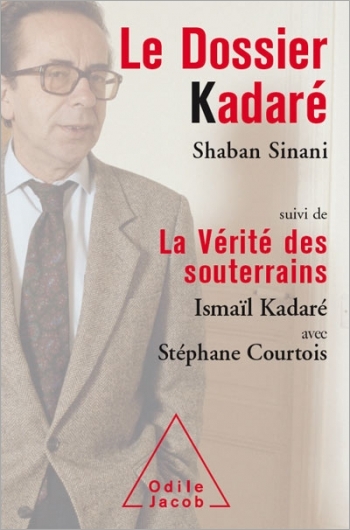 The File on Kadaré

local_libraryTake a look inside
During the grimmest hours of Enver Hoxhas regime, when all Albanian intellectuals lived in fear of repression, Ismael Kadaré was spied upon, placed under surveillance, threatened, and sometimes used by the Communist authorities. The result was a file, of thousands of pages, containing anonymous letters, political "analyses" of Kadarés works, reports of the interrogation of political prisoners, self-critical statements, and minutes of secret Party meetings. Not only does the secret file on Kadaré reveal some of the darkest aspects of the human soul, it also shows the day-to-day workings of terror.
In 2005, Professor Shaban Sinani compiled extracts of Kadarés file from the secret archives of the Communist Party and published them in Albania. This was one of the first times that a writers secret file had ever been made public, anywhere in the world. The publication of the file embarrassed many people and cost Sinani his job.
It is this file that Editions Odile Jacob is now publishing for the first time in the West.
In the present edition, the file itself is followed by a lengthy interview of Kadaré by the historian Stéphane Courtois, who asks questions about Kadarés personal itinerary, various aspects of his works, and how the history of Communism is being written and recorded today.
This unique testimony of daily life in an Eastern bloc regime will provide historians with fresh material when researching the period. It is an essential contribution to the discussion underway at the Council of Europe about the remembrance of the crimes committed by totalitarian Communist regimes.

The world-famous Albanian writer Ismael Kadaré was awarded the 2005 International Man Book Prize and has been regularly considered as a possible Nobel Prize laureate. He is the author of Broken April, Chronicle in Stone, The Great Winter, Dorutine and The General of the Dead Army. Several of his works have been adapted for the cinema.
Kadaré lived under Enver Hoxhas totalitarian regime for forty-five years.

Stéphane Courtois is a historian and, most notably, the editor and a co-author of The Black Book of Communism.