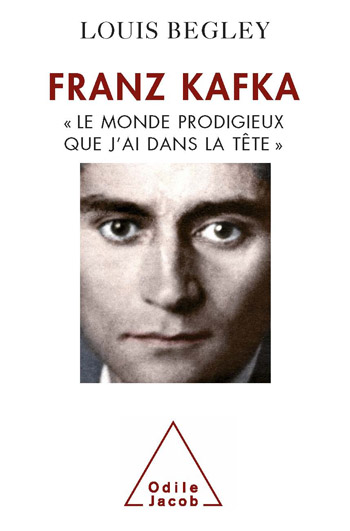 local_libraryTake a look inside
This brilliant introduction to Franz Kafka, the man, has the elegance and penetration of the work of a great writer.

Millions have read Kafka's novels and short stories, and millions more find it natural to refer to their bewildering experiences as "Kafkaesque". Whether we have actually read his works or not, Kafka's vision has become an integral part of the way we see the world.

Very few of Kafka's works were published during his lifetime, yet they secured for him the admiration of a small circle. But he would not have attained his great renown without the posthumous efforts of a few friends - who laboured against Kafka's own wishes.

Although Kafka's ahistorical fiction is situated in an uncertain time and place, it is anchored in the mundane life of a citizen of Prague and in the lives of Prague's German-speaking Jewish middle class. While Kafka had the sensibility to evoke a specific era, he was also able to reach out far beyond his time to express the great anxieties and fears of human experience in the modern era. This is the enigma of Kafka's work that Louis Begley has tried to understand by delving into Kafka's life, major works, correspondence and diaries - all of which have divulged their riches.

As a Central European Jewish writer with an abiding interest in the author of The Trial and Metamorphosis, Louis Begley writes with great empathy for the literary miracle that is Kafka - an iconic writer for our times. Based on great erudition, but above all inspired by love and fascination, this is a powerful literary work about one of the great writers of our time.

Louis Begley was born in Poland and immigrated to the United States with his parents in 1946. After becoming a lawyer, he acquired fame with his largely autobiographical first novel, Wartime Lies. Translated into French as Une éducation polonaise, it was awarded the prestigious Medicis Prize in 1992 (for best foreign novel published in France). Subsequently, his novel About Schmidt was adapted for the cinema, with Jack Nicholson in the title role. His other works include: Man Who Was Late, As Max Saw it, Mistler's Exit, Schmidt Delivered.