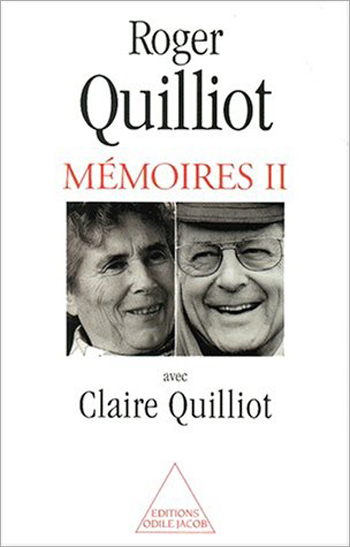 local_libraryTake a look inside
Following the first volume of memoirs on the author's childhood and youth, here is the second and final volume covering half a century (1948-1998) of political struggle and impassioned combat.

Known for his powerful left-wing convictions and his legendary directness, Roger Quilliot tells the story of his life as a socialist. He covers the period from the SFIO (the ancestor of the French Socialist Party) to the Socialist Party itself; from Indochina to the events of May 1968; from his meeting with Camus to his avowed fascination with François Mitterrand; from his days on the town council in Angers, through the 25 years he spent as mayor of Clermont-Ferrand.

This is a significant testimony of fifty years of French history and an uncompromising account of the corridors of power and party politics. But it is, above all, a moving memoir of a man for whom the value of political office was based on grassroots politics and the struggle in favour of more generous social legislation.


Roger Quilliot was the mayor of Clermont-Ferrand and a senator for the region of the Puy-de Dôme. He also held the position of Minister of Urban Planning and Housing. He took his own life in 1998.