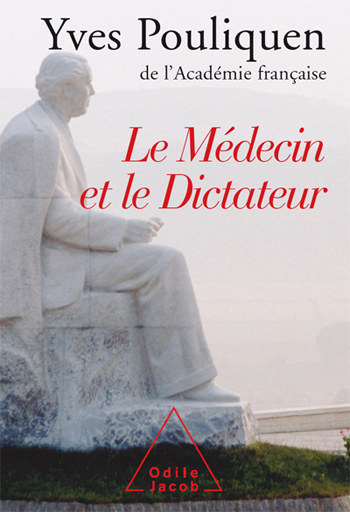 The Doctor And The Dictator

This amazing story occurred during that seemingly faraway time when the Iron Curtain acted as an insurmountable barrier — but not for everyone. In those years, many Eastern bloc political leaders were treated by the best Western physicians. While paying lip service to the superiority of Communism, these leaders would nonetheless ensure that they benefited from Western medicine — whose competence they were often unable to duplicate in their own countries. When their own health was at stake, political arguments were deftly swept aside.

That was how the eminent French surgeon Yves Pouliquen went to Tirana and met Enver Hoxha, the dictator of the world's smallest Communist country. In this book, Pouliquen recounts the time he spent with Hoxha and describes what he saw of the regime, whose excesses and brutality were not fully revealed until its fall.

Much has been written about Albania under Enver Hoxha, who remains an enigma. Few Westerners encountered him in nonofficial circumstances, making Pouliquen's book an exceptional document.

Though curious to find out more about his infamous patient, Pouliquen is not fooled by the dictator's apparent good nature. But can doctors refuse to treat the torturers that they otherwise combat?

With his mordant wit, Doctor Pouliquen restores the atmosphere of acute paranoia that reigned among the dictator's followers and in the luxurious villas inhabited by the dignitaries of an impoverished, starving nation.