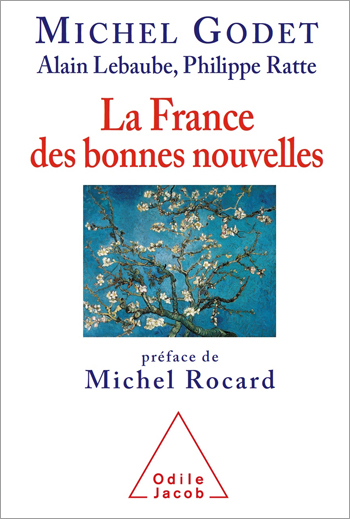 Michel Godet is a professor at the French National Conservatory for Arts and Crafts, a member of the Academy of Technology and of the Council for Economic Analysis and the author of, most notably, Le Choc de 2006, which was awarded the French Economics Book Prize.


“Once upon a time, there was a marvellous country called France, famed for its geographic and geologic variety as well as for its rich heritage and the diversity of its cultural traditions. Yet, if we listen to the media, opinion polls and commentators, the country is in the doldrums.
“This book recounts the deeds and actions of men and women, at the grass-roots level, who beyond all expectations and often under difficult — and sometimes seemingly hopeless — conditions were able to bounce back thanks to an innovative, ambitious project.
“The reality on the ground often surpasses the fiction of dreams and of the projects they awaken. Desire produces future promise and the strength of new projects is the main lever of world change. Each of the inspiring tales told here will be so much good news to anyone who suffers, worries or even despairs, but is determined to fight.
“What motivates us is the freedom of individuals and groups to come together as a society of projects, energised by the perpetually fragile values of humanism, solidarity, social ties and personal fulfilment, with tolerance for the rich diversity of its members and conscious of the need to preserve the future for the generations to come,” writes Michel Godet.