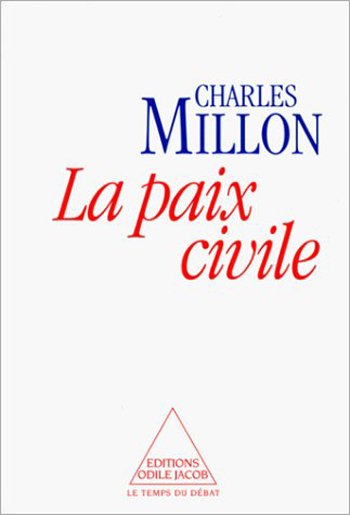 local_libraryTake a look inside
With regard to those who deny the fundamental and cardinal principals of law, which are the absolute respect of the dignity of the human person, the respect of each man whatever his race, class or religion and the eminent and equal dignity of each person; with regard to those who adopt a mindset of hatred, of cynicism and contempt, it is not only out of the question to collude with these people in any way, it is also necessary to fight against them and have the courage to exclude them. Charles Million gives us in this book an insight into his analysis of politics, his personal agenda, his strategy, and his proposals for the law, and for France, so that each one of us can make a judgement with full knowledge of the facts.

Charles Millon, a former Defence Minister, is currently the deputy mayor of Belley and president of the regional council of Rhône-Alpes.