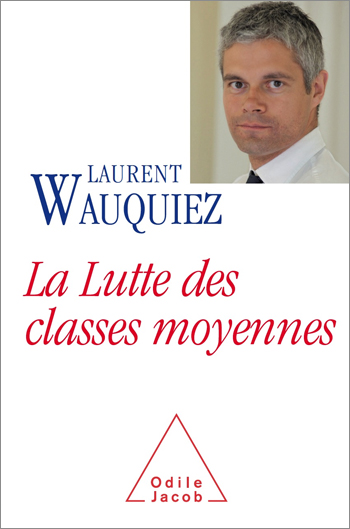 The struggle of the middle class

Laurent Wauquiez is a member of the current French government. In 2004, Wauquiez (who was born in 1975) became the youngest member of the French National Assembly. He was appointed State Secretary for Employment in 2008, and then Minister for European Affairs in 2010. He founded the group Droite Sociale (Social Right) that embraces members of parliament and elected local representatives and aims to put the middle classes back at the centre of public policies. He has been the mayor of Puy-en-Velay since 2008.


France’s middle classes are largely ignored by government policies, says Laurent Wauquiez, who urges reconnecting with them with of a new republican pact. Neglected because relatively unknown, the middle classes nonetheless constitute the spearhead of democracy, thanks to their work, their fiscal contribution and the values they represent. But their efforts remain unrecognised.
For Wauquiez, it is essential to put middle-class concerns at the heart of public policy. Reviewing the present French government’s actions in favour of the middle classes, he concludes that although some steps have been taken since 2007 much remains to be done. His proposals are based on the firm conviction that the middle classes constitute a critical test for politics. Committed and personal, this book is an important contribution to the French presidential campaign.

• Laurent Wauquiez will doubtless be one of President Nicolas Sarkozy’s star supporters during the 2012 presidential campaign.
• A brilliant young politician, Wauquiez personifies a new generation. His book contains a wealth of proposals that will spark discussion.
• The middle classes are a major subject, sociologically, politically and editorially (Chauvel, Bouzou, etc.).