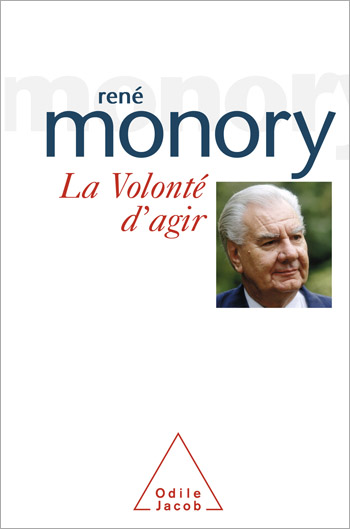 The will of act

local_libraryTake a look inside
When youve been programmed to be a good auto mechanic, how do you become a minister, President of the Senate, and head of one of the foremost administrative departments in France? Im irritated by people who take on psychologically astute airs and charge me with socially motivated revenge or with deep ambition fuelled by the desire to extricate myself from my social milieu. The term equality in the motto of the French Republic does not entail egalitarianism. As long as our country continues to believe that the most workers children can aspire to is to become factory foremen, that farmers children (if theyre lucky) can perhaps become shopkeepers, and that only the children of managers can hope to enter the Ecole Nationale de lAdministration (ENA), France will be done for and will continue to wallow in its own conservatism, writes René Monory.
In the frank language that has always characterised him, René Monory reviews his unusual life, from the small family-owned garage in Loudon to the Ministries of the Economy and of Education. His vision of France and its politicians is both optimistic and demanding, and he does not refrain from a few well-aimed stabs at some current and former politicians who think they can change things with reports, procedures, and plans of action, but who lack knowledge about the state of the country and whose reasoning is limited by their parochialism.
This is the itinerary of a French self-made man, the antithesis of a privileged heir, who succeeded in carving out his niche thanks to his powerful ambition and great skill. Monory imparts his own vision of professional politics, arguing that elected representatives must keep their feet on the ground and that they mustnt lose touch with the grassroots of their constituencies or forget their love for their region.
Illustrated with numerous lively incidents and revelations, A Contre-Emploi covers fifty years of political activity on the national, regional and local level.


An auto mechanic who rose to become an industrialist and later an important figure in French politics, René Monory has held the following positions: Mayor of Loudon, a small town in Poitou-Charentes; President of the local council for the department of Vienne; Minister of Industry, Commerce and Crafts (1977-78); Minister of the Economy (1978-81); Minister of Education (1986-1988); President of the Senate (1992-98); and President of Poitiers Futuroscope (1987-2000), a theme park which he founded. He is the author of Combat pour le bon sens (Albin Michel, 1983) and La République, Number 2 (Nouvelle Arche de Noé, 2000).