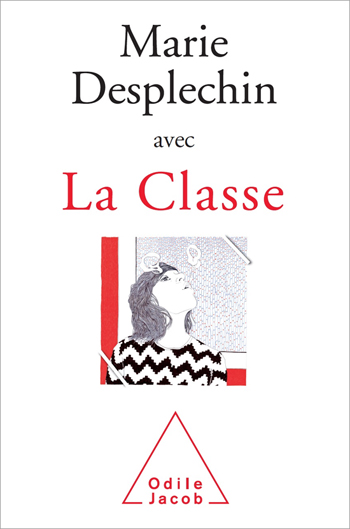 Marie Desplechin is the author of some forty works for children and adults. She was awarded the 2005 Médicis Nonfiction Prize for La Vie sauve, and in 2011 she received the Madame Figaro Heroine Prize for Danbé, co-authored with Aya Sissoko.

The teenagers who speak out in this book are named Tamilla, Anissa, Clémentine, Océane, Nadia, Antoine, Fenty, Kenza, Laura, Lucile. They are in the same class in a middle school in the northern French industrial city of Lille. This book is the result of an unusual pedagogical project that brought together a class of underprivileged teenagers and a group of students from Lille’s prestigious Institute of Political Studies (I.E.P.) — the entire project being under the guidance and editorship of Marie Desplechin. The initial goal was for the middle schoolers to talk to the older I.E.P. students who were to write down what they said.
The life stories they tell testify to tough family backgrounds and to their own aggrieved feelings, but also to their irrepressible vitality.
‘One is touched, and sometimes astounded, by the energy and desire as well as the fracture and fragility that these 15- and 16-years-olds display. There is nothing spectacular about their stories, but it is in their very banality that their quality resides. We read them with mixed feelings of familiarity and, often, of tenderness,’ says Marie Desplechin.

• Between reportage and a collaborative literary exercise, an exceptional document on adolescence.
• Everyone has had their say about teenagers: now it is their turn to speak out. This unique book is their forum.