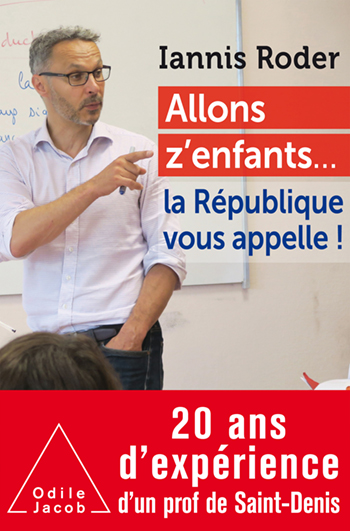 Granted, school can’t do everything. . . but it can do a lot! Iannis Roder develops this assertion here, drawing on 20 years of first-hand experience in Seine Saint Denis.
At the beginning of the 2000s, he spoke out along with others, those teaching as he was in troubled zones, about the social and cultural fractures that they encountered every day in their classrooms: anti-Semitic behavior and speech, sexism, homophobia, a fascination for conspiracy theories and “fake news,” basic distrust of science and information diffused by the so-called official media, a refusal to consider themselves French. . .
In 2015, in the week following the attack against Charlie Hebdo, Iannis Roder became a media figure, explaining over the airwaves how he had managed, through dialogue, to get his class to respect the minute of silence.
Today, he shares his reflections about the margins of maneuvering of schools and of pedagogy in a context of general crisis and of the rupture of the Republican Pact. Confronting the contemporary means of schools with society’s expectations, drawing on all the resources at his disposal, and notably those of teaching history, he proposes concrete suggestions to break the group dynamics of those students, give them back a taste for knowledge and learning, repair the connection among them, their parents, and school, help them to become full-fledged citizens. This is a necessity, as for him school is the pillar of a peaceful society.