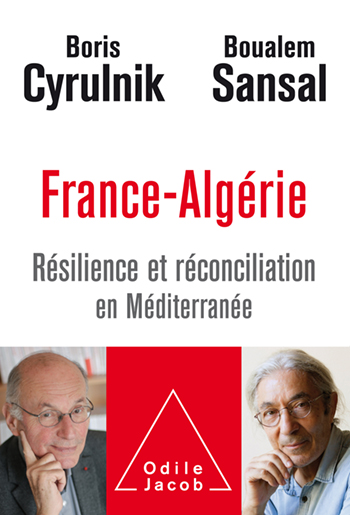 Boris Cyrulnik is a neuropsychiatrist. He is the author of many best-selling books, including the recent La nuit, j’écrirai des soleils [At Night, I Will Write of Suns].
Born in 1949 in Theniet El Had, Algeria, Boualem Sansal studied engineering and economics. He has been a professor, consultant, CEO, and senior government official. His literary career has earned him many prizes, including the Grand Prix du Roman awarded by the Académie Française (2015). Boualem Sansal lives in Algeria, in Boumerdès, near Algiers.
The idea for this book was born out of a routine investigation into the revolution undertaken in February 2019 by young Algerians attempting to oust a corrupt government and replace it with true democracy. But the book is more than just an analysis of the current situation and its possible developments.

The plan was first to situate the Hirak (movement) within its historical-political context by evoking post-colonial idealization, the mystification of leaders transformed into heroes. This, to the detriment of the History that Boualem Sansal recounts in a profound evocation, while Boris Cyrulnik provides an analysis with many historical and psychological parallels, maintaining the distance of a sociologist, an analyst, an observer.

Providing abundant examples, the authors explain how and why, in very different periods and places, heroes can morph into despots or enlightened dictators and benefit from the collaboration, sometimes unconscious, of writers distilling a History dedicated to their unfailing glory.

The Algerian example is only one of many. And, whatever region of the Mediterranean (or elsewhere) is rising up, the same schemas are applied… Although the ways with which the authorities attempt to remedy an uprising may differ, they systematically appeal to force and violence. The very means by which they came to power.

History stutters. This has been true since the time of the hunter-gatherers… But the world has shrunk due to spontaneous information, and the butterfly effect is winning, submerging the conservative and retrograde dams of hidden powers, political parties, and religious fanaticism.

This old, calcified, tired, and corrupt world can no longer halt the wave that, according to Boris Cyrulnik and Boualem Sansal, is not only that of a new Arab spring following that of 2011, but one that marks a profound movement of resilience in the Mediterranean that is suffering from stagnation even if it was the cradle of democracy.