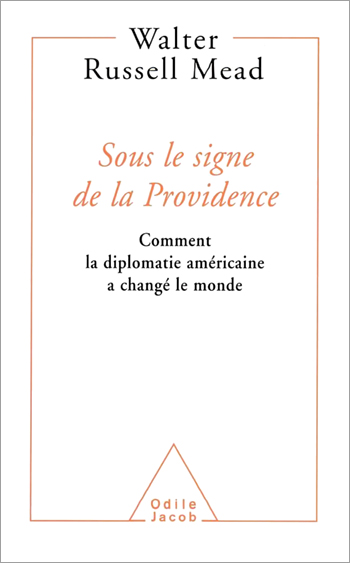 Special Providence American Foreign Policy and How It Changed the World

Written by a leading expert on foreign policy, this is a full-scale history of U.S. diplomacy from its earliest days. Shattering old theories and historical assumptions, the author takes a fresh look at the development of the United States as a superpower and of its role in the world.
Walter Russell Mead revisits American history and shows that "isolationism" was often simply a useful mobilising myth. He points out that, in two centuries, the country drove out all European colonisers from North America, rapidly claimed an international role, and made explicit the defence of its own national interests. During the nineteenth and twentieth centuries, the United States followed the same logic and opposed the colonial powers and, later, the totalitarian ones. At the same time, it took on an imperial role (with a liberal spin) and assumed cultural supremacy. Mead attributes this unprecedented success to a unique synthesis and interplay of four schools of diplomatic thought: the Hamiltonian, the protection of commerce; the Jeffersonian, the maintenance of the democratic system; the Jacksonian, populist values and military might; and the Wilsonian, based on moral principle. These four schools, says Mead, are as vital today as they were in the past and they should continue to guide Washington  and to help it justify its choices  in its interventions in the rest of the world.
This is a brilliant historical work which illuminates the present while pointing to some possible roads ahead.


Walter Russell Mead is Senior Fellow for U.S. Foreign Policy at the Council on Foreign Relations. A contributing editor at the Los Angeles Times, he also writes for the New York Times, the Wall Street Journal and Foreign Affairs. He is the author of Mortal Splendor: The American Empire in Transition.