...
Catalog
Health and Wellness
Health and Fitness
Should We Fear Radioactivity? 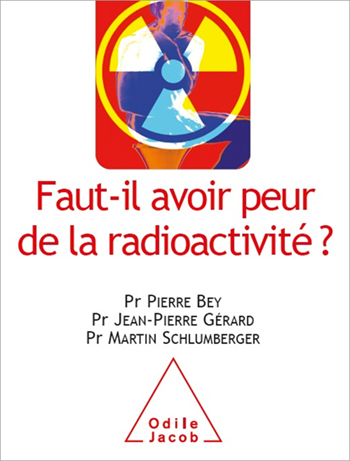 Should We Fear Radioactivity?

Pierre Bey, professor emeritus of oncology-radiotherapy at the University of Lorraine, is a former director of the Institut Curie’s hospital, in Paris.
Jean-Pierre Gérard is a professor of oncology-radiotherapy at the University of Nice and a former director of the Antoine-Lacassagne Centre, Nice.
Martin Schlumberger is a professor of biological oncology at Paris-Sud University and chief of nuclear medicine and of medical imagery at the Gustave-Roussy Oncology Institute.

When it was first discovered radioactivity was credited with every possible virtue, often beyond reason. Today, slightly more than a century later, radioactivity elicits anxiety — often just as unreasonably.
Obviously, the military atomic bombings of Hiroshima and Nagasaki and the civilian nuclear accidents of Chernobyl and Fukushima helped create and sustain foreboding and fear.
This book aims to inform and enlighten readers on the numerous advantages but also on the very real threats posed by radioactivity and the use of ionising radiation in everyday life.

• A clear, complete review of the advantages and dangers of ionising radiation.
• An objective and informative account of radioactivity.
• The latest scientific findings.