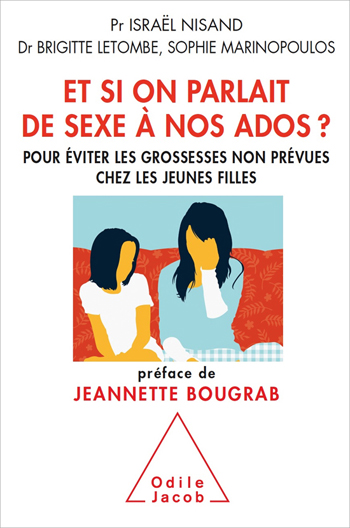 Israël Nisand is a professor of medicine, Chief of Gynaecology and Obstetrics at Strasbourg’s teaching hospital and the founder of a French Internet site that answers teenagers’ questions on sexuality. He has written numerous works including Le Déni de grossesse (co-authored with Sophie Marinopoulos).
Brigitte Letombe is a gynaecologist and the President of France’s National Federation of the College of Medical Gynaecologists.
Sophie Marinopoulos is a psychoanalyst and a psychologist and the co-author of Le Déni de grossesse.

Although contraception is widely available in France, the number of unwanted pregnancies among 15-24-year-olds remains abnormally high: each year 100,000 young women in this age group have recourse to legal, induced abortions.
Why has this public health issue been ignored until now? What can be done to remedy a situation that seriously penalises young women at the beginning of their sex and affective lives?
After studying such wider aspects as the existing legal and epidemiological situation in France, the authors argue that, in their opinion, the subject of young people’s sexuality remains taboo in France — with the result that pornography has filled the gap and become the normative model.
To counteract this, a preventive approach must be urgently adopted: one that will offer young people adequate information/sex education. Because one thing is certain: young people know much less about sex than they think they do.

• This book will interest a wide range of adults — parents, educators, social workers, teachers, caregivers — who are confronted with young people’s questions about sexuality.
• Based on a humanistic approach, the book offers specific examples of attitudes adults should adopt and of what they should say.