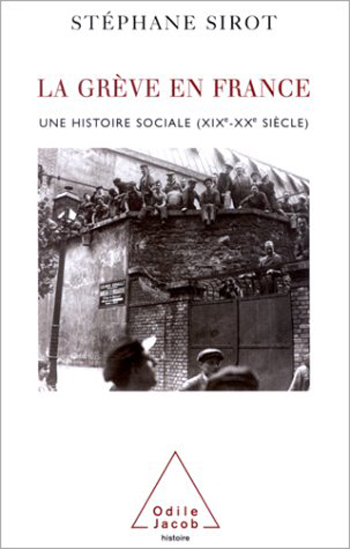 local_libraryTake a look inside
There is no such thing as the right to strike, any more than there is a right to rebel or to commit adultery, according to Proudhon. And yet...
At first strikes were marginal, readily decried and punished; today they are a central social reality and practically institutionalised. But strikes have undergone major changes from the beginnings of industrialisation in the 18th century to the triumph of the service industries in the 1960s. In France, striking was against the law until 1864; the right to strike was added as a constitutional amendment during the Fourth Republic.
In the early days, strikes were infrequent. It wasnt until the end of the nineteenth century that strike action came into its own in factories, where it soon became the favoured tool used by workers to make demands. After World War II, strike action spread to the rest of the workforce. The frequency of strike action has grown at the same pace as its acceptance.
The history of industrial conflicts is inseparable from the development of industrial societies and the major changes that have affected working and living conditions. Strikes can reveal a great deal to us about the great economic, social, political and legal upheavals of the nineteenth and twentieth centuries.
La Grève en France is not a history of specific strikes and the movements that inspired them  or that co-opted them . Rather, it is a history of strike action, its functions and its social workings, and about its relations with the labour movement, unions, employers and the State.
This is a brilliant synthesis covering two centuries of industrial conflicts, which have shaped contemporary life in France. It shows that todays discussions about strike action (Are there too many strikes? Are strikes the last resort when faced with a failure in negotiations? Are strikes a deviation that should be controlled and regulated, if not penalised? Strikes: manipulation or disorganised spontaneity?) are no different from those of the past, for France is a nation where the culture of conflict continues to play a key role.

Stéphane Sirot, who holds a doctorate in history, is a lecturer at the University of Cergy-Pontoise and an associate research fellow at the Centre dHistoire Sociale du XXe Siècle at the University of Paris-I. He is on the editorial board of Histoire et sociétés, a European magazine on social history, and is the author of Maurice Thorez, published by Presses de Science Po.