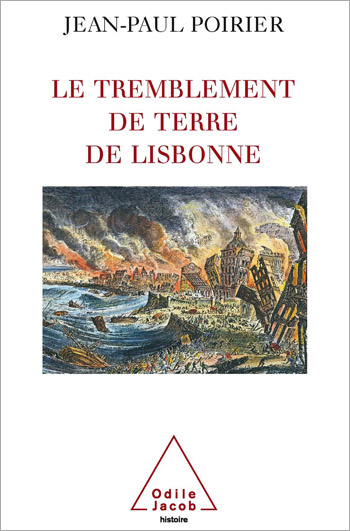 local_libraryTake a look inside
On November 1st 1755, much of Lisbon was destroyed by an earthquake. Approximately 10,000 people were killed, roughly seven per cent of an estimated population of 150,000. The material damage was vast: thirty-five of the citys forty parish churches were completely demolished. The earthquake was followed by a huge tidal wave, causing sea water to flood the city 250 metres inland.
This natural catastrophe was immortalised by Voltaire in Candide.

Jean-Paul Poirier gives us here a complete account of this 250-year-old tragedy, the first natural catastrophe of the modern era to be described in detail.

Jean-Paul Poirier is an emeritus physicist at the Institut de Physique du Globe, Paris, and a member of the French Academy of Sciences. He is the author of Quand la terre tremblait, published by Odile Jacob in 2004.