...
Catalog
History and Geopolitics
Geopolitics and Strategy
Age of Humiliation 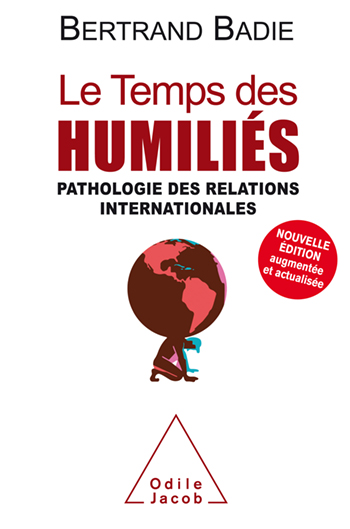 Bertrand Badie, a professor at the Paris Institute of Political Science (IEP), is a sociologist specialising in international relations. He formerly taught at the National Institute of Oriental Languages and Cultures (INALCO), at the School for Advanced Studies in the Social Sciences (EHESS) and Paris-I and Clermont-Ferrand Universities. A former president of the scientific advisory broad of the French Institute of the Middle East (IFPO) and former a vice president of the International Political Science Association, he is the author of some 20 books including La Diplomatie de connivence, L’Impuissance de la puissance and La Fin des territoires. He has codirected the journal L’Etat du Monde for the past seven years.

Formerly restricted to the area of social relations, humiliation has become a common tool in international affairs. Belittling another state, placing it under tutelage, deciding it is incapable of world governance, keeping it at a distance from decision-making organisations: such forms of diplomatic behaviour have become increasingly commonplace and resulted in the emergence of a ‘diplomatic club’ overseen by the U.N. Security Council and the G8 in which emerging nations (India, Brazil, Turkey) and former superpowers (Russia) are denied all major initiatives or forced to adopt deviationist, often low-yield strategies.
What does such a ‘diplomacy of humiliation’ reveal about the existing international system and its stalemates? Do the reactions of the humiliated nations offer alternative notions of governance?
Drawing boldly on the history of political sociology, Bertrand Badie traces the origins of humiliation through colonisation, war sanctions and the rise of revanchisme. He shows that the trivialisation of humiliation is closely linked to the emergence of different public opinions and societies on the international stage. Arguing that such trivialisation reveals the current failure of nations to adapt to an increasingly globalised world, he urges us to construct a new international order, one in which those who suffer humiliation (and the societies they represent) will have a role to play.