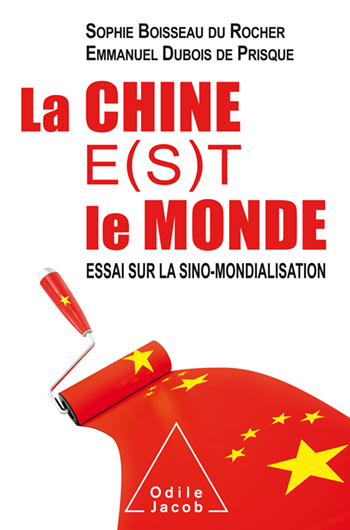 Sophie Boisseau du Rocher is research associate at the Centre Asie of the IFRI [French Institute for International Relations]. A specialist in Southeast Asia, she does fieldwork on the region’s relations with China. Emmanuel Dubois de Prisque is research associate at the Institut Thomas More and co-editor-in-chief of the journal Monde Chinois nouvelle Asie. He has been working for twenty-five years on East Asia and has lived in Japan and Taiwan.
What will a global system remodeled by China and the defense of its interests look like? Are global balances threatened, or are we witnessing a pragmatic overhauling of rules that in any event were no longer adapted to the challenges of the future? Should the West accompany that power, or confront it? Does Europe have a card to play when Donald Trump’s United States is arguing for a nationalist withdrawal? The plans have been announced by a determined President Xi Jinping: by 2049 to be the foremost world power. And so, if China is preparing to dominate the twenty-first century, understanding its idiosyncrasies, its motivations, and its behavior is imperative.

The goal of this study is to describe the way in which China perceives the world and intends to modify it to its advantage. The book shows China’s ability to use all the vectors and practices at its disposal – hard, soft, and sharp power – to convince the world of the attractiveness of a Sino-globalization that it has invented (Tianxia) and, with a light hand, transformed the rules of the game (the development of new industrial and environmental norms, for example). In doing so, China is substituting for the former Western governance a new governance that might become the norm for future generations. An ambition that is not without risks: for the Chinese, for the rest of the world, and for the management of humanities shared resources.