...
Catalog
History and Geopolitics
Geopolitics and Strategy
Dissuasion and Simulation 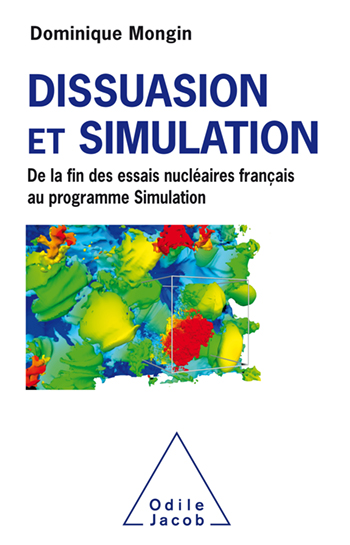 Dominique Mongin has a doctorate in history. He has been a member of the cabinet of the Minister of Defense, of the Centre des hautes études de l’armement, of the general secretariat for national defense, and of the Commission de Livre blanc on national defense and security. Currently he does research and teaches at INALCO and at ENS-Ulm.
Preface by François Geleznikoff, director of military applications at the CEA [Atomic Energy Commission].

Beginning in 1960, and for more than thirty years, France established the guarantee and the credibility of its strategy for nuclear dissuasion by large-scale nuclear testing, continuing up to its last campaign led at the Centre d’expérimentation du Pacifique in 1995-96. Since then, for eminently political reasons, France made the irreversible decision to no longer undertake testing of that type; the proof of that commitment, it has completely dismantled its nuclear testing facility, being the only State in the world to have done so up to now.
Since then, the “Simulation Programme” for France has become the only means to guarantee the functioning and the safety of its nuclear weapons.
For the first time, and supported by exclusive sources, this work fills a gap, that of the story of a revolution, discreet but fundamental, carried out two decades ago in the heart of the French defense system.
It retraces the story of the passage from the end of testing to the Simulation Programme, while explaining all of the implications and while revealing its multiple facets: geostrategic, political (foreign and domestic), scientific, technological, economic, and administrative.
We discover notably that French teams had a pioneering role in the realm of powerful lasers and of high-performance computing, and that this pioneering role continues today.
It is this fundamental shift in policy that today ensures the survival of the backbone of French defense strategy, i.e., nuclear dissuasion.