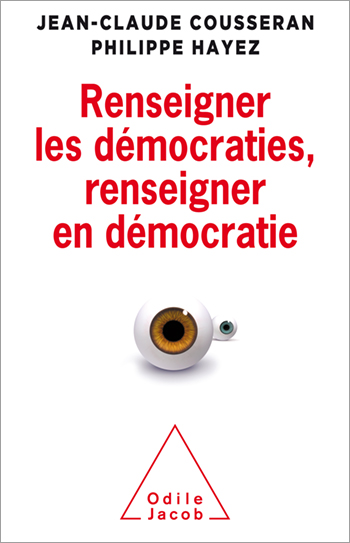 Jean-Claude Cousseran is the secretary general of the Paris-based International Diplomatic Academy. An expert on the Arab-Muslim world, he was the first strategic director of the Direction Générale de la Sécurité Extérieure (the French intelligence agency), from 1989 to 1992, then its director general (2000-2003).
Philippe Hayez, a senior adviser at the French Court of Audit, has held several positions in the Ministries of Foreign Affairs and of Defence. From 2000 to 2006, he was assigned to the Direction Générale de la Sécurité Extérieure. He is the cofounder of the METIS seminar on Intelligence at Sciences Po.
Since 2009, both authors have been in charge of Intelligence Studies at Sciences Po’s School of International Affairs.

Since the attacks on the World Trade Center, and culminating in the disclosures made by the whistle-blower Edward Snowden, Intelligence services have been gradually forced out of the shadows. Intelligence policies are now officially recognised and the means allocated to intelligence gathering bolstered in the name of the ‘war’ on international terrorism.
This book aims to define Intelligence policies and to reveal their underlying principles, through a comparative approach of Western democracies (France, Germany, the United Kingdom and the United States). It explores the chief notions of Intelligence, reveals the main areas of application of intelligence policies and defines the conditions of implementation.
Above all, the authors provide the reader with the necessary information to understand and question the goals of Intelligence and to review the major issues. Finally, they question the ability of Intelligence to integrate democratic cultures, and they attempt to define an alternative, accountable and ‘morally upright’ relationship between Intelligence operators and the Executive.

• Two experts expose and analyse Intelligence, from its basic working principles to the conditions of its implementation.