...
Catalog
History and Geopolitics
Geopolitics and Strategy
Of the Next War With Germany 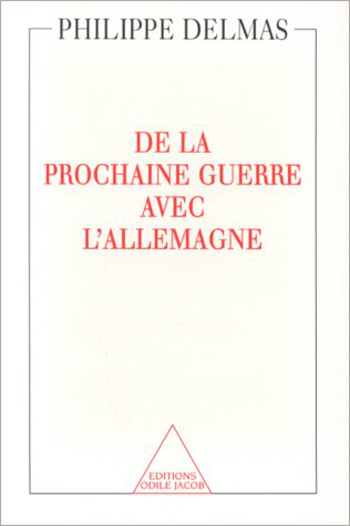 Of the Next War With Germany

local_libraryTake a look inside
France and Germany are geographically close  and yet so different. In this study of the two countries, the author examines French attitudes toward Germany, and wonders whether France will finally be able to rid itself of its traditional fears of its neighbour. Philippe Delmas believes Germany is currently undergoing the most serious identity crisis since the end of World War II, and asks whether it will be able to overcome its internal tensions and old demons. Will France and Germany, he wonders, have the wisdom to opt for a new entente, opening an era of deeper understanding ? Ever since achieving nationhood, Germany has followed each of its major political changes with the coining of a new currency, as a symbol of sovereignty and power. Since its unification in the nineteenth century, Germany has been under a federal organisation. Now, the German mark is under threat from the European Union, while the countrys federal organisation has been under threat ever since the reunification of East and West Germany. Everything that has served to preserve Germanys cohesion and identity is being shaken. In the meantime, France, feeling that its sovereignty is threatened by the European Union, is in the throes of the first major identity crisis in modern history. Delmas asks whether the French and German crises will lead to an era of conflict and awaken old fears and obsessions. Trapped by their anxieties and suspicions, torn apart by internal doubts, will France and Germany cease working hand-in-hand  as they did during the Cold War  and confront each other as opponents once again? Or will they seize the opportunity offered by European unification and finally learn to understand one another? This book provides the reader with athorough examination of the dilemmas facing both France and Germany.