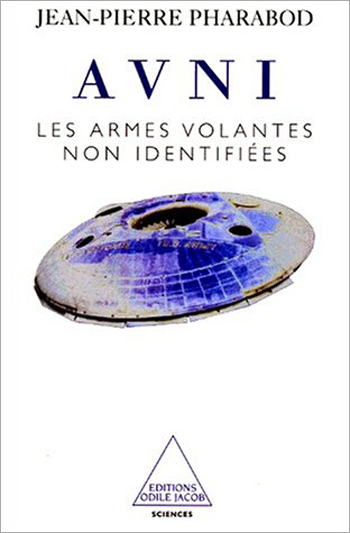 local_libraryTake a look inside
Can something of interest be salvaged from the muddle surrounding UFOs, or should one simply laugh at the whole thing? Most reported sightings of UFOs turn out to be errors, optical illusions, hallucinations, and even practical jokes. But five per cent of all reported cases are more difficult to dismiss: they really seem to concern sightings of artificial flying objects, which are surprising because of their unusual form, movement or performance. But must one therefore conclude that they are either piloted or controlled by extra-terrestrials? Before jumping to this unlikely conclusion, other explanations should be examined. According to the author, the unidentified objects may be clandestine terrestrial aircraft  prototypes or secret weapons  launched by the major industrialised nations, particularly the United States. Should the mysterious sightings be attributed to UFOs or to UFWs (Unidentified Flying Weapons)?
Encompassing science and modern technology, Jean-Pierre Pharabods enquiry successfully demonstrates that his thesis serves to explain the majority of mysterious sightings.

Jean-Pierre Pharabod is a physicist and former research engineer at the Centre National de la Recherche Scientifique. He is the author of Cantique des Quantiques, and the co-author, with Bernard Pire, of Le Rêve des Physiciens.