...
Catalog
History and Geopolitics
Geopolitics and Strategy
Wars and Civilisations 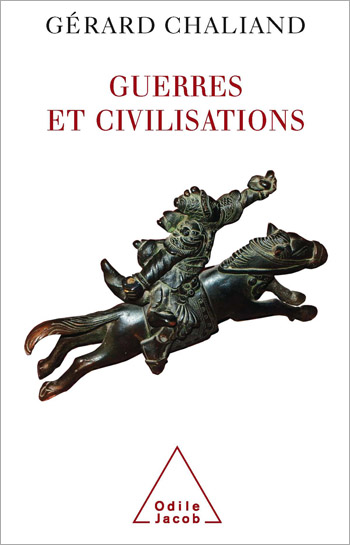 local_libraryTake a look inside
It is generally known that war has played an important role in European and Western history, and that weapons have had great impact on the origin of conflicts. But what do we know about non-European history? How many people know that the worlds first military empire was the Assyrian, from the ninth to the seventh centuries BC? How should we characterise the strategic thought of the Byzantine Empire, which succeeded the Eastern Roman Empire? How did the Mongols impose their power, and did they rule over the greatest empire of all time? What military means did the Ottoman Empire use to instil fear in Europe during the 15th and 16th centuries? What are the martial traditions of India and China and Islam? What connections can be established between yesterdays guerrilla warfare and todays terrorism?

This book is the product of fifteen years research by a specialist in geostrategic studies who has successfully allied theoretical analysis with fieldwork. It is the indispensable complement to the many works about war and history that generally limit themselves to Ancient Greece and Rome, the Middle Ages, the Renaissance, the wars of the 17th and 18th centuries, and the modern era.
Guerres et Civilisations will prove to be a gold mine of information for anyone who wishes to understand the origin and nature of the crises and conflicts that have led to the current upheaval of the world order.
A system of double entries by century and region makes the book easy to consult.

Gérard Chaliand is a geographer specialising in geostrategy. He is the author of 2000 ans de chrétientés and LHéritage occidental.