...
Catalog
History and Geopolitics
Geopolitics and Strategy
Why Do We Lose War? 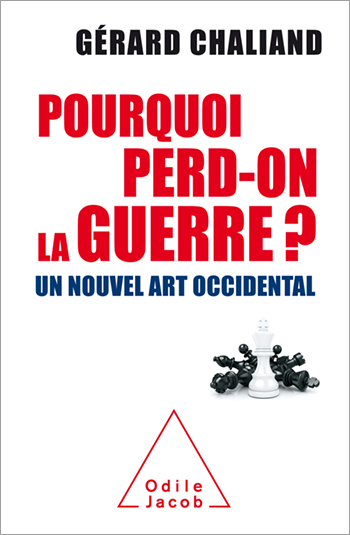 Why Do We Lose War? A New Western Art Form

Gérard Chaliand specializes in strategic issues and asymmetric conflicts. He has contributed to the revival of geopolitics and the understanding of non-Western military strategies. He is the author of Guerres et civilisations (“Wars and Civilizations”), Deux mille ans de chrétientés (“Two Thousand Years of Christian Communities”) and L’héritage occidental (“The Western Heritage”), all published by Editions Odile Jacob.

"Why don’t Western countries know how to win wars any more? Yesterday, our opponents were divided, deprived of external support and sanctuary, and knew little about us. We hit them hard and public opinion was proud of our success.
“Now, our opponents have external support, they have sanctuary, and above all they understand us and how to exploit our public opinion. The Vietnam War was lost with the launch of the 1968 Tet Offensive, which to the Viet Minh was a military failure but a psychological triumph. In 1991, when the international coalition led by the US went to war against Saddam Hussein, CNN dominated media coverage. Today, it is Islamic State that dominates social networks and sets the tone in making a spectacle of horror," says Gérard Chaliand.
From Vietnam to Afghanistan, from Iraq to Syria, via Libya, Gérard Chaliand analyses our successive failures and shows what they have in common. Without jargon, he calls for an awakening of conscience so that Western strategies can rediscover their effectiveness and coherence.