...
Catalog
History and Geopolitics
History by country
Manifesto for a Sovereign Europe 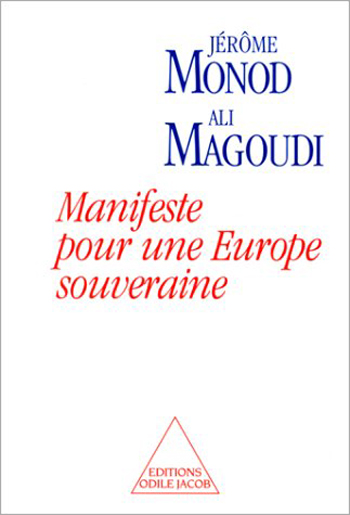 Manifesto for a Sovereign Europe

local_libraryTake a look inside
This is a manifesto for:
A free France in a sovereign Europe.
A European Union that will respect its people and nations.
A strong, democratic Europe.
A European Union endowed with a real constitution.
A Europe with a population of five hundred million inhabitants.
A Europe that will function as a counterbalance to the power of the United States.
An original middle path that will reject the two extremes of national withdrawal and federalist integration.

Jérôme Monod was the director of the prime ministers cabinet under Jacques Chirac, from 1975 to 1976; he was formerly secretary-general of the French Republican Party (RPR). Formerly president and managing director of the Lyonnaise des Eaux, he is now the president of the supervisory board of Suez Lyonnaise des Eaux.
Ali Magoudi is a psychoanalyst, essayist and film director. He is the author of Quand lHomme Civilise le Temps and La Lettre Fantôme.