...
Catalog
History and Geopolitics
History of the twentieth century
France in an Age of Major Upheaval 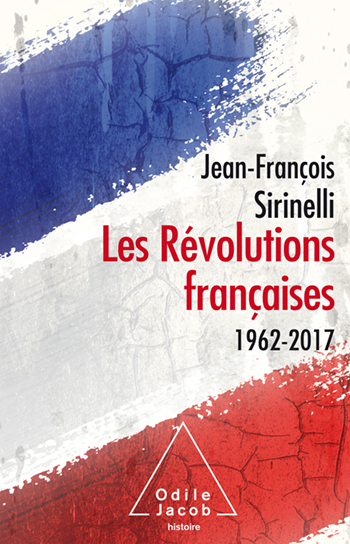 Historian Jean-François Sirinelli is a specialist in contemporary France and a Professor at Sciences Po University in Paris (cultural history),
In a few decades, from the 1960s to the present, France was rocked by major upheavals that changed everything in the areas of culture, politics and economics. Owing to these monumental changes, this period has been described as a second French revolution: full employment, followed by the first oil shock, the presidential election by universal suffrage , new family structures, challenges to institutions, May ’68 of course, the left’s arrival in power, the major strikes of 1995, etc. In a few decisive years, a France of employees and managers replaced a France long made up of country people and tradespeople.
These are the major changes highlighted by Jean-François Sirinelli, who reviews the sequence of events, attempting to determine the extent of these changes and the repercussions for us today. The final chapters are devoted to the 2017 presidential election and the crisis France is now said to be experiencing. Is this because the republican model has run out of steam? An identity issue? A crisis in the system of political representation? From the “Glorious Thirty” to the present, a masterful portrait of France and the French, describing their everyday lives, including their reactions and feelings as well as their political convictions.