...
Catalog
History and Geopolitics
History of the twentieth century
Life and Survival of the Fifth Republic 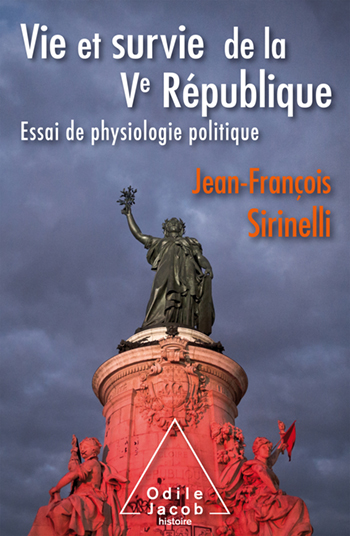 Jean-François Sirinelli is professor emeritus of contemporary history at Sciences Po (Paris). A specialist in the Fifth Republic and in social and cultural changes in contemporary France, he is the author of many timely works, most recently Les Révolutions françaises [English ed?] (Odile Jacob).
The Fifth Republic is 60 years-old. For most people, it seems to have entered into a new phase of its history: from being an efficient government, able to put an end to conflicts, to ensure the prosperity of its citizens, and even to prevent civil war and the turmoil of different factions, today it is seen as an objectionable regime, incapable of facing up to the economic crisis and the various challenges of liberal democracy – of which the French Republic is one.
Casting a light on its long history, Jean-François Sirinelli here provides responses to those objections and criticisms. Can we call it a crisis of the French political model? A challenge to Republican practices and ideals? Where do the objections really come from: society, which has changed so much that institutions are no longer up to the task, are both outdated and ineffective?
Should we call for the end of the Fifth Republic? But then, what type of government should be proposed?