...
Catalog
History and Geopolitics
History
Great Men and Their Mothers 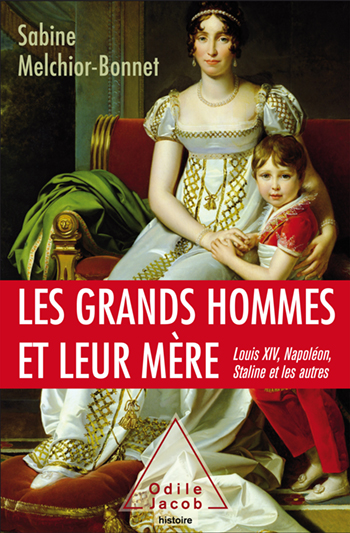 Great Men and Their Mothers Napoleon, Louis XIV, Francis I, Kennedy and others

Sabine Melchior-Bonnet is a historian, a research engineer at the Collège de France and a specialist in 17th-century France, particularly in Louis XIV’s reign. She lives in Paris.
Louis XIV, Napoleon, Stalin, Hitler, Kennedy… none of them would have been the men they were without the influence, for good or for ill, of their mothers. Heads of State, as well as artists and writers like Sartre and Lamartine, became who they were through unusual relationships to their mothers.

In this book, Sabine Melchior-Bonnet reveals little-known chapters of the biographies of many great men. In addition to analysing pairs who made their mark on history, she also studies the evolution of filial bonds and the maternal figure, from Antiquity to 20th-century single-parent-families.