...
Catalog
History and Geopolitics
History
Islam and Europe, From the Origins to the Present 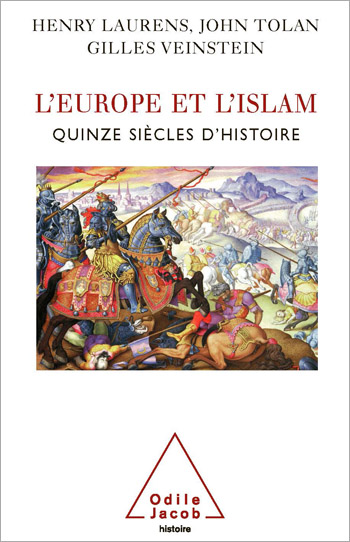 Islam and Europe, From the Origins to the Present

local_libraryTake a look inside
Relations between Europe and the Muslim world are central to current affairs, and the following issues are likely to remain dominant throughout the twenty-first century and well beyond: European diplomacy and Iran, against the backdrop of the Israeli-Palestinian conflict; Muslim immigration; the role of European oil companies in the economies of Arab nations; economic agreements between the European Union and the Maghreb; and negotiations on Turkish entry into the EU.

This book recounts the long and complex history of European-Islamic relations, beginning in the 630s when the armies of Constantinople and of Medina were fighting over Syria-Palestine. Wars, conquest and re-conquest, diplomacy, alliances, commercial relations, marriages, the slave trade, translations, the transfer of technology, and artistic and cultural imitation: all these forms of contact left their mark on the history of the people of Europe and of the Muslim world.

Rejecting the simplistic thesis of a clash between two homogenous blocs, the authors, who are experts in their respective fields, offer a synthesis of relations between, for example, Genoa and Tunisia, Constantinople and Alexandria, Catalonia and the Maghreb — i.e. between the numerous groups and individuals who created what we now call Europe and the Muslim world.

A real tour de force, this book covers fourteen centuries of wars and interlocking influences and exchanges throughout the Mediterranean world. It is an ambitious work, based on recent research, which illuminates a number of key periods and events that frequently rouse controversy, such as the Arab conquest, the collapse of the Byzantine Empire, the Crusades, Arab Spain and the Reconquista, eighteenth-century exchanges and conflicts, the Ottoman Empire, European colonisation and decolonisation.

It is an essential work that should be read by anyone wishing to understand the complex issues at stake, the challenges that must be faced, and the different heritages that weigh on contemporary events.

Henry Laurens, a specialist in the Arab-Muslim world, is a professor at the Collège de France and at the Institut National des Langues et Civilisations Orientales (INALCO). He is the author of Paix et guerre au Moyen-Orient (1999), La Question de Palestine I, II and III (1999-2007), L'Orient arabe à l'heure américaine (2004) and Orientales I, II and III (2004).

John Tolan, a medievalist, is a professor at the University of Nantes (France). He is the author of Les Sarrasins (2003) and Le Saint chez le Sultan (2007).

Gilles Veinstein, a specialist in Turkish and Ottoman history, is a professor at the Collège de France. He is the author of Le Sérail ébranlé (2003).