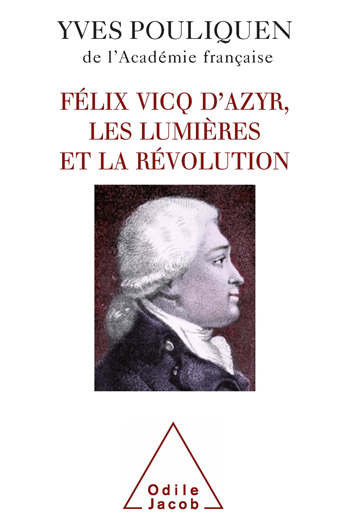 local_libraryTake a look inside
Félix Vicq d'Azyr (1748-94), a physician, anatomist and encyclopaedist in the tumultuous years preceding the French Revolution, was known as the “Buffon of Medicine”, after the celebrated French naturalist.

At the age of 25, he was a professor of medicine at Jardin des Plantes (the botanical gardens), in Paris. He founded the French Royal Academy of Medicine and dedicated his life to epidemiology. His works remain a major source of information for anyone interested in health and hygiene in eighteenth-century France. In 1788, he became the first physician elected to the French Academy, where he took Buffon's seat. His works on brain anatomy are regarded as classics.

During the Terror, while working to organise medicine nationally, he also served as chief physician to Marie-Antoinette and Louis XVI. In 1794, Félix Vicq d'Azyr died of pneumonia, caught at the celebrations for the Feast of the Supreme Being.

In this book, Yves Pouliquen, himself a physician and member of the Academy, recounts the extraordinary life and career of this broken genius, who was both a pioneering scientist and a significant contributor to the Revolution.

An enlightened thinker and staunch defender of progress, he could have become a victim of the Terror. Illness probably saved him from such an end.

Yves Pouliquen recreates the scientific effervescence of the years preceding the French Revolution, during which Vicq d'Azyr knew a meteoric rise. Pouliquen brings to life the role of committed intellectuals such as Vicq d'Azyr in the upheavals that shook eighteenth-century France.