...
Catalog
History and Geopolitics
History
Secret History of the Fall of the Berlin Wall 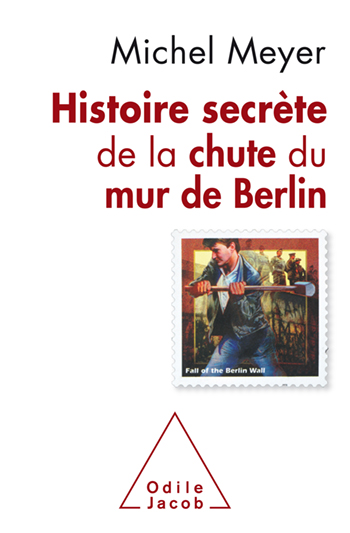 Michel Meyer is a writer, journalist, and radio and television broadcaster. He was for many years a foreign correspondent in Germany, Russia and Eastern Europe for the French television station Antenne 2, the radio station France Inter and the newsweekly L’Express. As news director of Radio France (1986-1989), he was the creator of the all-news radio station France Info. He has taught at the Institut d’Etudes Politiques (IEP), in Paris, and at the Ecole Supérieure de Guerre.

In Berlin, on the night of 9th to 10th November 1989, the world was radically changed when the ‘Wall of Shame’ came down without a struggle. A year later, German reunification was joyfully celebrated, the Cold War came to an end and the Soviet Union collapsed.
This book recounts the schemes, negotiations and intrigues that all through the 1980s paved the way for the upheaval that resulted in the world we live in now. Why did the Soviet Union not react as it had in the past? What did Mikhail Gorbachev do — or not do? Who were the actual key leaders in the overall process?
Michel Meyer reveals here the importance of the KGB’s role in mounting an operation — assisted by a Stasi dignitary — that somehow escaped the control of its creators. In 1983, the Soviet leadership became aware that something had to be done about their nation’s backwardness in several crucial areas. What could they do to keep the system from imploding? The hard-line East German leadership pushed for increased repression and rigidity. A catastrophic choice, according to some Soviet leaders, who argued in favour of liberalising East Germany but without upsetting the system. If some form of action were not taken it was likely that the entire Eastern bloc would collapse. Assisted by the East German Markus Wolf, the KGB strategists came up with ‘Operation Loutch’, whose goal was to destabilise Erich Honecker’s regime — and which turned out to be a veritable time bomb.


• Was the fall of the Berlin Wall one of history’s greatest ironies? Was it hastened by the very people who were trying to prevent it? These are some of the questions that this groundbreaking study answers.
• A true-to-life docudrama that is as gripping as a spy thriller.