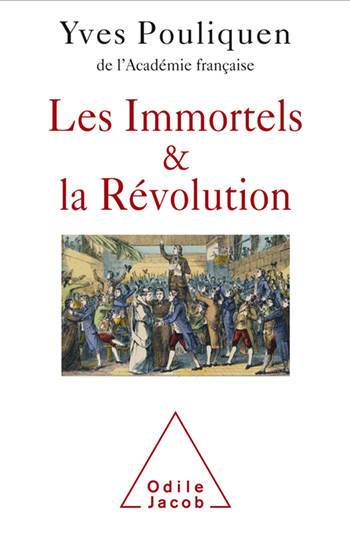 Professor Yves Pouliquen is a surgeon, an internationally renowned specialist in ocular surgery. He has directed the department of ophthalmology at the Hôtel-Dieu hospital in Paris. He is a member of the Académie Française and the French Academy of Medicine.

No period in history has marked the life of the Acadéie Française as remorselessly as that of the French Revolution. Its members were involved in situations that were as improbable as they were dramatic. What were the forces at play? Which academicians adopted the ideals of the Revolution? How were they involved? This book, with increasing narrative tension, describes the positions of each of the members of the Académie from 1788 to 1793, in that period when standing up for ideas had never had such consequences for the fates of learned men. Yves Pouliquen plunges the reader into the whirlwind of the Revolution and its tragic development. The Académie, which had contributed to spreading the ideas of the Enlightenment leading to the Revolution, found itself a victim of it before being reborn under the Consulate, then the Empire. But the preservation of its independence in the choice and election of its members remained a crucial aspect of this history.

An insightful and enthralling work on the relationships between the Académie and the ruling political powers, from the Revolution to the return of the monarchy in the Nineteenth Century.