...
Catalog
History and Geopolitics
History
When the Earth Shook 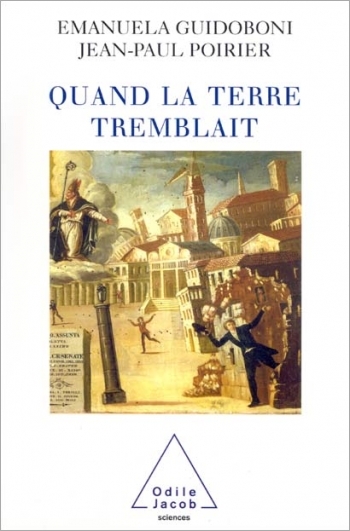 When the Earth Shook

local_libraryTake a look inside
Earthquakes have always been a source of great terror. Suddenly, the earth moves under our feet, and our spatial frame of reference, based on verticality and gravity, is shaken, plunging us into an end-of-the-world scenario.
What the authors have undertaken to write is not a history of earthquakes, but of the explanations that have been given for their occurrence, from Antiquity to modern times. For the Ancient Greeks, earthquakes resulted from vengeance wreaked by a god, usually Poseidon, upon a citys inhabitants. In Rome and China, earth tremors were seen as a portent or sign that the pact with the gods had been broken. Christians believed earthquakes were a revelation of Gods power, foreshadowing the Last Judgement. During the Enlightenment, earthquakes sparked a quarrel around Optimism, and posed the question, "If God is all-powerful and infinitely good, how can evil exist?"
Besides examining these religious views, the authors also show how philosophers and scientists  for whom earth tremors were natural phenomena  tried to understand their causes. A long-lived explanation, under varying forms, was Aristotles pneumatic theory, according to which winds trapped inside the Earth shook it in order to be let out.
Aristotles influence did not wane until the late nineteenth and early twentieth centuries when seismologists and geologists established the tectonic nature of earthquakes, although they had not yet clearly understood the origin of the forces that cause ruptures in the Earths crust. It was not until the late sixties that plate tectonics would provide an explanation.
This is an essential book on a subject that, unfortunately, continues to be in the news.

Jean-Paul Poirier is an eminent physician working at the Institut de Physique du Globe, in Paris, and a member of the French Academy of Sciences.
Emanuela Guidoboni is a historian and a member of Academia Europea.