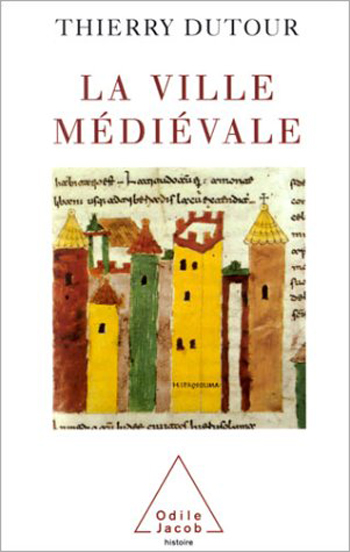 local_libraryTake a look inside
According to the most widespread view of the Middle Ages, the land played a central role. Ninety per cent of the population lived and died in a rural society, whether as members of the peasantry or of the nobility. Yet medieval society also knew unprecedented urbanisation and was profoundly influenced by urban civilisation. At the end of the medieval era, the map of European cities coincided with the map of the centres of culture and of the creation of wealth. Bruges, Florence, Frankfurt, Genoa, Hamburg, Lisbon, Milan, Paris, Rome and Venice are as representative of the Middle Ages as the domain, the fief, serfdom and the crusades. It was then that European civilisation became truly urban.
Thierry Dutour breathes new life into some medieval writings about the city. He shows how, until the ninth century, the notion of time in Episcopal cities was totally different from what it would become in later centuries. He follows the urbanisation of Latin Europe during the tenth century and shows that the forces of urban growth were the culmination of a long evolutionary process, which can ultimately be traced back to the countryside. He emphasises the bonds linking rapid demographic growth, agrarian expansion and urban explosion from the eighth to the fourteenth centuries. He concludes with a description of city life, which he sees as a reflection of major forms of social evolution.
This portrayal of the medieval city leads above all to a revaluation of the very notion of the Middle Ages, with its blurry outlines and obsolete traditional definition.