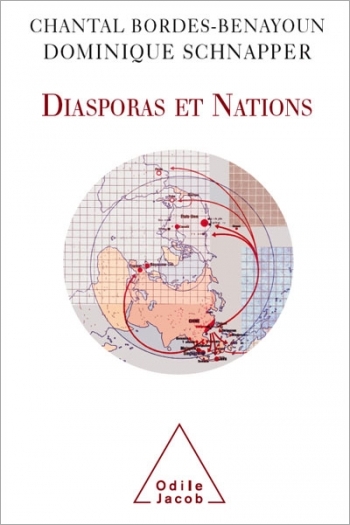 local_libraryTake a look inside
Contemporary history since the French Revolution has been marked by tensions between transnational diasporas (Jews, Armenians, Greeks, Indians, Chinese, Italians, etc.) and national states. The authors show that, at first, the rise and consolidation of nationalism occurred in opposition to the diasporas, which were regarded with suspicion. But during the past fifty years, the trend has been reversed, and diasporas are now regarded as a means of opposing the tyranny of the nation-state.
The authors ask why the perception of diasporas has changed so drastically, while underlining the fact that diasporas have facilitated the Mafia and international terrorism. Can states, they wonder, dispense with national sovereignty, and individuals with national identity?

Dominique Schnapper, an eminent political sociologist, and Chantal Bordes-Benayoun address here one of the crucial issues confronting society today: multiple communities and their sense of communitarianism versus the national group. In order to clarify the discussion the authors do not hesitate to take a personal stand.
Dominique Schnapper is a director of studies at the École des Hautes Études en Sciences Sociales and a member of the French Constitutional Council. She is, most notably, the author of La Relation à lautre (1998), La Communauté des citoyens (2003) and Au fur et à mesure, chroniques 2001-2002 (2003).