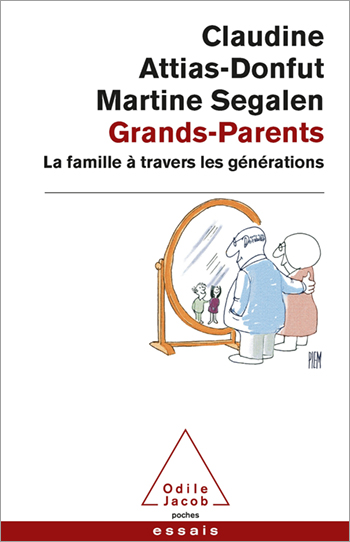 During the past few years, grandparents have made a major comeback on the family scene. Whereas they had been previously ignored or forgotten, they are now stepping into new roles, to bridge the gap between generations in weakened family structures. Many of today's grandparents are relatively young, often in their fifties, and professionally active. In spite of their busy lives, they must juggle between their children, their grandchildren and, in many cases, their own parents.
Nothing justifies calling them “old”, as was the case in the past.
What role do grandparents play when there is a divorce in the family? How do women reconcile their careers with their roles as grandmothers? And what do they get out of their new social role?
These are some of the questions that the authors examine in this enquiry, which covers six generations and is the first of its kind. In their answers, the authors overturn numerous clichés and provide us with a new vision of “grandparenting”, from the birth of the first grandchild to that of the first great-grandchild.
This is a unique portrait of the contemporary family, with its active, involved grandparents. But is everything as rosy as some magazines would have us believe? Are the new grandparents happy, in the long term, to perform their new tasks? Is the equilibrium of the family structure enhance

Martine Ségalen teaches at the University of Paris-X.

Claudine Attias-Donfut is a research director at the Caisse Nationale d'Assurance Maladie.

They are the co-authors, with Nicole Lapierre, of Le Nouvel Esprit de famille.