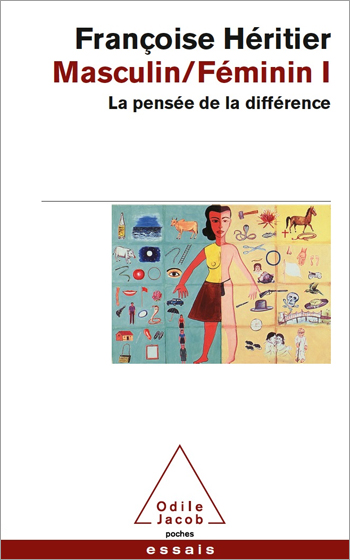 Male/ Female I The Thought Process of Difference

Gender differences structure human thought since they give rise to the basic concepts of sameness and difference. The manner in which each culture establishes these differences is intimately linked to its worldview, its sociology, its biology and even its cosmology. Any change in male-female relations means upsetting deep-seated intellectual certainties that have developed over the ages. By deconstructing the mechanisms that define what is different, the author offers solutions to achieve equality.

“Starting with the body and the different roles played by each sex in reproduction, Françoise Héritier shows how societies developed complex social structures that govern the role and the place of men and women.” Le Monde Diplomatique

“Françoise Héritier is the most knowledgeable, the most subtle, the most cunning of feminists.” Le Magazine Littéraire

An anthropologist of international repute, Françoise Héritier is an honorary professor at the Collège de France — where she succeeded Claude Lévi-Strauss and where she formerly held the Chair of Comparative Studies in African Societies — the director of the Laboratory in Social Anthropology, and a director of studies at the Ecole des Hautes Etudes en Sciences Sociales. The author of the two-volume Masculin/Féminin, she has dedicated much of her career to researching the foundations of male domination. At the ceremony where she was awarded the Irène Joliot-Curie Prize, in 2003, she pointed out that her mentor, Claude Lévi-Strauss, nearly stopped her from going to Upper Volta for a year “because I was a girl”.