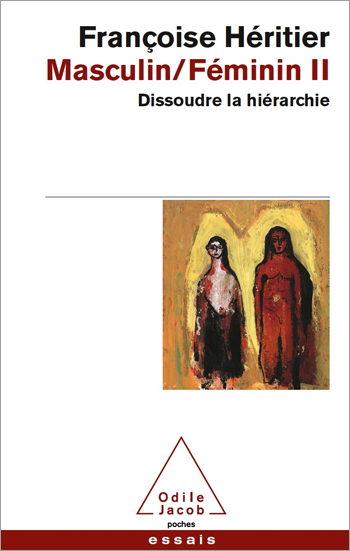 In this second volume of Masculin/Féminin, Françoise Héritier, who succeeded Claude Lévi-Strauss at the Collège de France, continues her study of gender differences. In the earlier volume she had shown that these differences were fundamental to all forms of human thought and could be found in all types of societies, from primitive to contemporary. She postulated that the hierarchic character of these differences was the origin of male domination.
In the present volume, she criticises prejudices about gender differences, including, for example, the belief, which has been held since Antiquity, that men and women do not think alike because men's and women's brains do not function in the same manner. Another prejudice that has existed since earliest times is that if women are threatened it is because they themselves are a threat.
The author's approach is not exclusively critical. She also sets out to break down the male-female hierarchy established and perpetuated by our mental categories. She shows how, thanks to modern methods of contraception, women have acquired control of reproduction for the first time in history. In a brilliant section on prostitution, the author shows how women must now acquire control of their bodies. Finally, she examines the paths of freedom in every field - social, economic and cultural.

Françoise Héritier is an honorary professor at the Collège de France. She is the author of Les Deux Soeurs et leur mère and Masculin/Féminin, La pensée de la différence.