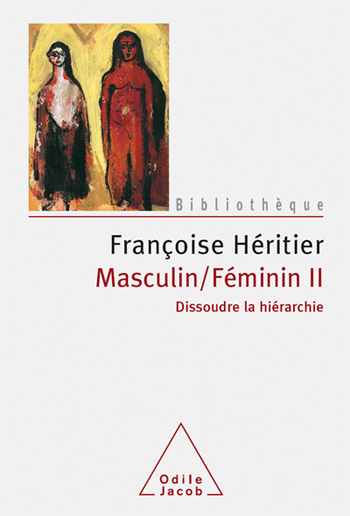 In this second volume of Masculin/Féminin, Françoise Héritier asks the following questions: Why did a hierarchy graft itself onto what was simply a difference between the sexes? Could this hierarchy be broken down? The answers she provides are both anthropological and political. How did men take control of female fertility — that immense power of women to give birth both to what is different (sons) and to what is the same (daughters)? How have men controlled and exploited women's bodies through prostitution and domestic labour? How did women finally succeed in liberating themselves — but only when effective methods of contraception enabled them to take control of their fertility? The author examines here the possibility for changes, some illusory, others real, and charts the obstacles that still implicitly lie in their way. Yet such changes, she argues, hold the promise of a future society in which difference and asymmetry will be the foundations not of hierarchy but of true harmony.

“Françoise Héritier does not propose vengeance but an alliance between women and men. This is a plea for a reconciliation between the sexes.” La Croix

“A book where the clarity of thought upholds the firmness of her commitment.” Le Monde des Livres

An anthropologist of international repute, Françoise Héritier is an honorary professor at the Collège de France — where she succeeded Claude Lévi-Strauss and where she formerly held the Chair of Comparative Studies in African Societies — the director of the Laboratory in Social Anthropology, and a director of studies at the Ecole des Hautes Etudes en Sciences Sociales. The author of the two-volume Masculin/Féminin, she has dedicated much of her career to researching the foundations of male domination. At the ceremony where she was awarded the Irène Joliot-Curie Prize, in 2003, she pointed out that her mentor, Claude Lévi-Strauss, nearly stopped her from going to Upper Volta for a year “because I was a girl”.