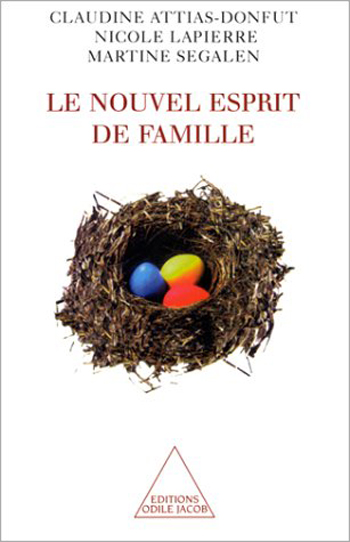 local_libraryTake a look inside
What is it the keeps a family line together nowadays? What is kinship based on? How is the symbolic order of the generations perceived and experienced today? Is filial love still meaningful?
Has the extended family disappeared? Have the various generations ceased playing a role? Certainly not. The present study is a unique inquiry into inter-generational family ties as they are experienced on a day-to-day basis in France at the beginning of the 21st century.
Family lineage lies at the heart of modern society, and continues to help define our sexual identity and to ensure the position each one of us holds in the generational sequence. Lineage used to serve as a system of handing down information and goods from one generation to the next, while reproducing the social order which it ultimately transcended. Today, it gives family members a social foundation while providing them with a sense of identity and an opportunity to fulfil themselves as individuals. Despite the decline of religious belief and the rise of individualism, the family continues to play its role of transference: but it no longer hands down what it used to. Families today review the values of the society around them, and then redistribute those values among their members.
Family and modernism cannot be said to be at odds with one another. “Family spirit” exists at every level of society: it allows for a form of togetherness while letting each member retain his or her individuality. It accepts the celebration of individuality and promotes independence — two characteristics of our contemporary world 'yet it maintains family ties and continuity. Although nostalgia for a traditional family which never really existed has led some to deny the continuity of family ties in the modern world, the family remains a powerful, meaningful force ' perhaps more so than ever.
The birth rate may have dropped, but the family's heritage continues to be handed down from one generation to the next ; and love and strong feelings continue to cement families.