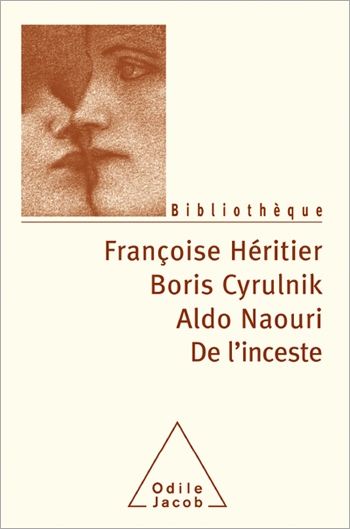 In contemporary societies even the most firmly established parent-child relations tend to become ambiguous. The authors argue that this state of affairs encourages incest. Often, little differentiates a mother from her daughter, besides a few wrinkles around the mother's eyes. Symbolic markers, such as clothing, have become identical for mothers and daughters. Even social roles, such as the care of younger children in the family, have become interchangeable. So why, ask the authors, should the situation be any different where sexuality is concerned?

This book resulted from a seminar organised by Françoise Héritier, at the Collège de France. Participants included the practitioners Boris Cyrulnik, a neuropsychiatrist and ethologist; Aldo Naouri, a paediatrician; Dominique Vrignaud, a children's judge; and Margarita Xanthakou, an ethnologist. They discussed their clinical, legal and anthropological work on incest, and the psychological ravages it causes its victims.

Françoise Héritier is an honorary professor at the Collège de France and at the Ecole des Hautes Etudes en Sciences Sociales. Boris Cyrulnik is a neuropsychiatrist and course director at the University of Toulon. Aldo Naouri is a paediatrician with psychoanalytical training.